On Thursday, Ontario announced it would widen its rent-control rules and take pages from B.C.’s playbook to bring skyrocketing housing prices down. Here are the highlights.

Expanding rent control to all private rental units
Introduce legislation to strengthen the Residential Tenancies Act
Making sure multiresidential apartment buildings are charged property taxes at similar rates to other residential properties
A $125-million program over five years “to further encourage the construction of new rental apartment buildings”
Background: Ontario’s current two-tiered system for rent control is a loophole left over from the Mike Harris era. In the 1990s, the Progressive Conservative government removed rent control on new rental properties but left them intact for properties built before 1991.

The result has been a development boom for condos, which are exempt from rent control, and whose residents can see rent hikes of 30 per cent or more. But even for buildings under rent control, landlords have methods for forcing tenants out or making renovations that allow them to charge higher rent; a recent Globe analysis of data from Ontario’s Landlord and Tenant Board found that eviction applications have jumped 23 per cent since 2013.

Introducing a 15-per-cent “Non-Resident Speculation Tax” in the Greater Golden Horseshoe region
Partnering with the Canada Revenue Agency to strengthen reporting requirements and make sure taxes are paid on real-estate purchases and sales
The backstory: To crack down on real-estate speculation, Ontario is taking a page from British Columbia’s playbook. Last August, B.C. introduced a 15-per-cent tax on residential properties bought by owners who aren’t Canadian citizens or permanent residents, which sent property sales plunging almost immediately. But another side effect has been a dip in property transfer tax revenue, one of the province’s key sources of income

Working to “understand and tackle” real-estate practices that allow “paper flipping,” which includes using assignment clauses for real-estate speculation
Reviewing rules for real-estate agents to “ensure that consumers are fairly represented”
The backstory: Mr. Sousa has spent the past few weeks promising a crackdown on “property scalping” in Ontario, which he described as “those who go into new developments, buy up a slew of properties, and then flip them, while avoiding paying their fair share of taxes.” That phrase didn’t make it into Thursday’s announcement, which instead referred to “paper flipping.” In B.C., the use of assignment clauses for real-estate speculation came to be known as “shadow flipping” after a Globe investigation of the practice, which led to legislative changes in B.C. cracking down on it. Here’s an explanation of how it works.
Vacancy tax

Introducing legislation to let Toronto “and potentially other municipalities” introduce vacancy taxes
The backstory: Last year, Vancouver – where 6.5 per cent of the housing stock is vacant, according to a recent study, the city’s highest proportion in 35 years – became Canada’s first city to impose a vacant housing tax. (The city is still implementing the 1-per-cent tax, with the first payments due in 2018.) Toronto Mayor John Tory has actively sought to follow Vancouver’s lead.
Other changes 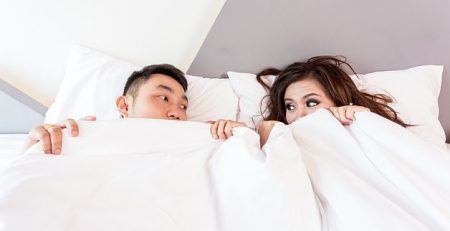