Affordability pressures increasing the appeal of expanding the inventory of townhouse options.

When community members met to discuss the future of the East Fraser Lands in the southeast corner of Vancouver in 2005, urban density was very much on their minds.
The spirit of Vancouverism with its emphasis on a livable urban setting was very much alive, and the site offered a blank canvas for a community that will eventually be home to more than 10,000 people.

“There was a conversation about density and the amenities that the community wanted,” said Beau Jarvis, senior vice-president with Wesgroup Properties LP, which is co-ordinating development on the 126-acre site.

“It was a planning exercise that resulted in a lower amount of townhome product and a larger amount of condominium and multi-family product.”

Demand for family-oriented units at a price below that of the typical detached home means more than 20% of units at River District – as the project is known – are either townhouses or apartments of three or more bedrooms.

Some are within a parcel Polygon Homes acquired from Wesgroup for townhome development, but the majority are within the towers planned for the area.

“That’s probably where, predominantly, the most new townhome product exists in the city of Vancouver today,” he said.

“You can see there’s demand for it; you can see that developers are willing to build it. There just needs to be more land available for that type of product.”

Indeed, Canada Mortgage and Housing Corp. reports that Metro Vancouver townhouse starts leapt 35% last year to 3,398, well above the five-year average of 2,525. The growth was second only to apartment starts, and occurred even as duplex construction fell.

The starts reflected strong demand among buyers, who pushed up townhouse prices 20.4% last year – the strongest increase of any housing type in the Real Estate Board of Greater Vancouver database. Meanwhile, Fraser Valley Real Estate Board statistics indicate that townhome prices appreciated 29.5%, more than triple the pace logged in 2015.

Mayor Gregor Robertson spoke forcefully in support of townhouse development on several occasions in the run-up to a city council meeting last week that considered a staff administrative report that called for housing types to address the city’s affordability crisis.

“The time is right to advance a conversation about how we bring in more affordability and still preserve the essence of [single-family] neighbourhoods,” Robertson told the Urban Land Institute on March 1. “There are design solutions out there that allow density without assembly. Simple things like how we allow duplexes, more infill, townhouses, row houses.”

Staff acknowledge that townhomes have slipped beyond the reach of the average east-side resident and pledge further consultation before making any dramatic plans.

The promise doesn’t surprise Anne McMullin, president and CEO of the Urban Development Institute, which represents the city’s biggest developers. Given that townhouse development makes the most sense in single-family neighbourhoods, she said the city has to hear out the concerns.

“It’s really got to be a partnership between the city and the development industry, and, of course, the communities, because you’ve got to go into the communities that are single-family neighbourhoods,” McMullin said. “If the local neighbourhoods are also demanding more affordability and more housing options for their children, then the only way to do that is to create more housing options.”

She pointed to how community resistance has limited densification in neighbourhoods like Dunbar, a prime example of how developers, the city and local residents need to come together to effect change – if change is what people really want.

McMullin thinks the city report shows that change is desired.

“We are seeing groups that are saying we need more housing options, we need to be moving into the single [family] neighbourhoods,” she said. “How much they’ll be able to do will really be up to the public. Can people who are supportive of this be strong enough and get enough support? That’s really what it comes down to.”

Having regularly criticized the city in the past for addressing how people use properties rather than boosting supply, McMullin hopes the city moves forward with consultation and real change.

“This is a pretty big fundamental change coming from the City of Vancouver,” she said. “I hope it’s not just more talking. I hope it’s a bold step. 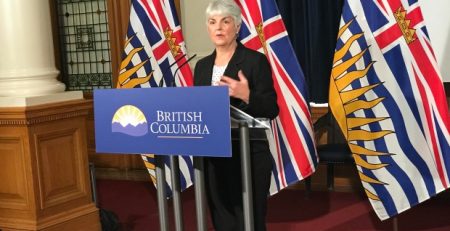 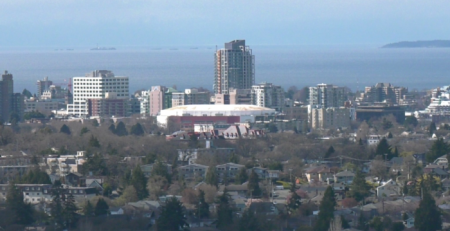