Winter is coming. But once the pandemic is over and immigration numbers return, Vancouver will be well positioned for a housing market recovery, said industry experts at the Vancouver Real Estate Forum held last week.

The annual forum, held virtually this year, is the largest in the Lower Mainland, and covers all matters related to development. Opening speaker Benjamin Tal, deputy chief economist at CIBC, was frank about the fact that the dark days of a second wave are looming.

“It’s reasonable to assume that the next six months will not be very pretty,” said Mr. Tal. “The honeymoon of the summer is basically over. Now we enter the winter months, and I think the next few months will be much more difficult. We will have a situation where we will clearly see a second wave, and it’s already starting. This second wave will overlap with the flu season, so everybody will be very confused. The fear factor will rise, and that’s something we have to take into account when we look at the trajectory of the economy.”

Unlike other recessions, this one is driven by the loss of service-oriented jobs, said Mr. Tal. About 80 per cent of job losses were in the low-wage service sector, with major implications to the rental market. The result is a significant divide between low-income and high-income earners. Mr. Tal’s team did a survey in April, the darkest days of the pandemic, and found that 25 per cent of homeowners had planned to purchase a secondary unit. With their income intact, the market softening and interest rates “in the basement,” they saw opportunity. In Vancouver, the real estate market, particularly for detached houses, picked up significantly.

“That’s the V-shaped recovery,” said Mr. Tal. “Will it last? The short answer is, ‘no.’ I don’t think we can see this kind of increase in prices and sales at this rate lasting into the winter. I don’t see a fall; I don’t see a free fall; I don’t see a correction. I see the market stabilizing, slowing down and getting to be a bit normal.”

Mr. Tal sees the condo market slowing, particularly for luxury units. But he does not see the 12 per cent of homeowners who had applied to defer their mortgages defaulting in a significant way. The deferral period ended at the end of September, and any mortgage payments deferred came due. But most of those people have dual incomes and have average credit scores.

“I don’t see anything that leads to a huge increase in delinquencies. It will be up, but not huge.”

Many experts look to an upturn in immigration numbers as a key part of the recovery, and the situation is not as bleak as it looks, said Mr. Tal.

“Canada has 3.5 million [Canadians] living outside of Canada. We have seen a significant number coming back, especially from Hong Kong… And if you look at how many people every year move from Canada to the U.S., the brain drain is 100,000 [workers]. They are not moving. The opposite is the case. They are staying, and probably longer, working from home.

“I will say that the demographic story is not as bad as perceived in the popular media, because it’s not just about immigrants. There are many factors compensating for that.

“Let’s visit the market in 2023: I suggest the market will show the same trend we have seen in as 2019. This is a pause, but the fundamentals of the real estate market in Canada are so strong that the demand factor will continue to be there and supply will be limited. I suggest that after a two- to three-year period of some sort of softness, despite the V-shaped recovery that we are seeing, I see continuation of the trend.”

Canada’s biggest urban markets have come to depend on immigration as a key driver. The results of a Royal LePage poll released a year ago showed that newcomers to Canada buy 21 per cent of houses and were expected to purchase 680,000 homes over the next five years if immigration levels had continued. The disruption of COVID-19 that began in March obviously put those numbers on pause. Jason Turcotte, vice-president of development for Cressey Development Group, said in an interview in September that without robust industries such as forestry and mining, immigration is crucial.

“It will save our federal government from major hardship in terms of recovering the economy and trying to pay the bill at the end of the day,” said Mr. Turcotte. “Obviously, the economy is taking a major hit, the GDP will be way down and we will need to spur activity and the only way to do that is by inviting people in by huge numbers. Because with increased population comes growth and infrastructure and housing, and of course the dollars that new immigrants bring with them.

That is typically how we have gotten ourselves out of this,” said Mr. Turcotte. “To have economic growth, to have jobs, we rely on population growth more than ever. That is the reality. And we have room to grow.”

One of the effects of the pandemic is that people have moved from city to secondary markets, where they can enjoy more space and still work remotely. Those former high-density city dwellers may lay down roots in those smaller cities and towns, but newcomers will eventually pick up the demand for urban housing, said Cameron McNeill, executive director for MLA Canada.

“Many people have been predicting the demise of cities for years,” said Mr. McNeill in an interview. “But I strongly do not believe that people who are graduating out of Vancouver to other centres will create a void. I think that will rapidly be filled by outside demand and immigration… Our demographics have been changing as immigration is coming into the city. And the vast majority of new immigrants coming to Canada are not choosing Squamish or Kelowna or Victoria. They are choosing urban centres.”

As well, Vancouver’s vacancy rate had gone up during the pandemic, largely due to the absence of international students and travellers who were using short-term accommodations. But the rate could start to drop again because as of Oct. 20, international students are allowed to return to institutions that are following COVID-19 safety precautions.

Forum speaker Jock Finlayson, executive vice-president of the Business Council of B.C., said in-migration “will be a big driver” for Metro Vancouver. The area has added nearly half a million people since 2008, and Mr. Finlayson said he anticipates an immigration rebound, with numbers normalizing in 2022 and 2023. He said regional population growth is on track to reach more than three million people by 2030.

“We have seen out-migration from the Lower Mainland before COVID-19,” said Mr. Finlayson, “basically retirees, early retirees, and some people in their 30s, essentially moving to Vancouver Island and the Thompson/Okanagan region. But that’s more than offset by very significant numbers of international migrants moving into the region.

“And here I would highlight that temporary foreign migrants are playing an increasingly important role. Before COVID, there were over 100,000 international students, domiciled right here in the Lower Mainland, and there are tens of thousands of foreign workers here as well on temporary working visas. That, coupled with permanent migration, is the reason for population growth in the province as a whole and in the Lower Mainland.”

The jobs market is expected to grow, which will put more pressure on housing supply. At the Forum, Jeff Rank, senior vice-president, leasing for QuadReal Property Group, said that Metro Vancouver had benefited from American immigration laws that were “a great catalyst for growth in the last four years,” bringing skilled workers to Canada. He doesn’t see that changing, no matter the outcome of the U.S. election. QuadReal is currently developing a new office building at West Georgia Street downtown, a city block that is the former Canada Post site. Amazon will take over the biggest space for around 7,000 employees, and the retail level will include a Loblaws grocery store. The two towers will become a hub for tech businesses.

Perhaps the best measure of a real estate market is the presence of long-term investors, and several key developers at one Forum roundtable discussion said their only regret had been not investing more in the region.

“Any deal you didn’t do was a missed opportunity in Vancouver in the last 10 years, there was so much general price appreciation,” said Richard Weir, vice-president of Bosa Development.

Michael Emory, president of Allied Properties Real Estate Investment Trust, which has partnered with Westbank on an office tower at 400 West Georgia, is a relative newcomer to the city. Mr. Emory said his company has some catching up to do.

“My regret is not putting Allied in a position to be a meaningful provider of workspace in Vancouver until recently and we are still not there. We are progressing in that direction. We are not there, but we will get there.”

“The reality is most international, well-known cities are expensive, and [Vancouver] has just risen on that scale… If you think about some of the larger players outside of Canada, they say the two cities they want to invest in Canada are Toronto and Vancouver… Vancouver is always on that list now, and I don’t necessarily think Vancouver always was.

“The other thing I find interesting about Vancouver, from all aspects, I find when times get a little tougher, and I’ve noticed this over my career… I do find that it holds up better than a lot of the other markets.” 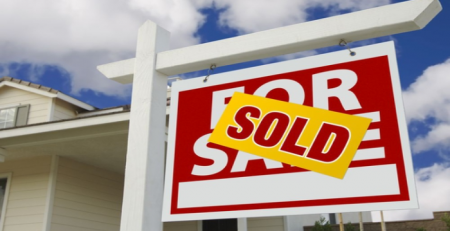 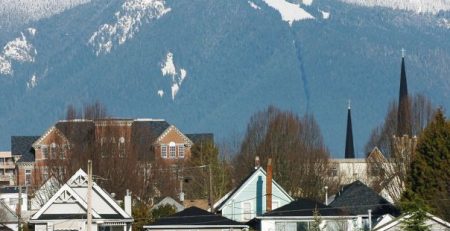 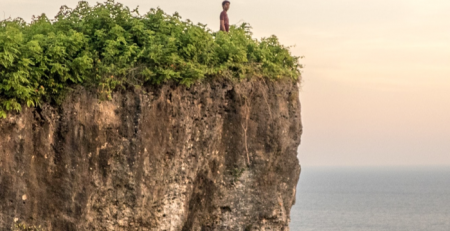 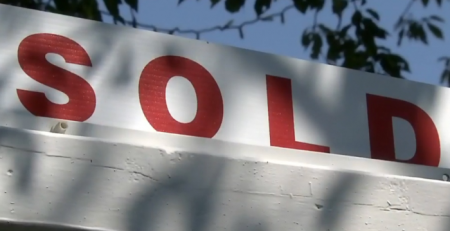