It’s been a year fraught with uncertainty and challenges for landlords and tenants, and it’s far from over.

The data has yet to come in on the exact vacancy rates, or the number of tenants who haven’t been able to pay rent since the pandemic began. And the landscape changes yet again as government lifts a ban on evictions and rent increases.

As of Sept. 1, landlords were able to evict tenants for failure to pay rent. And on Dec. 1, the freeze on rent increases will be lifted, which means many tenants will be getting increases. Rent increases that had been frozen because of the pandemic state of emergency, served between late December and August, become effective on Dec. 1. The maximum allowable increase for 2020 is 2.6 per cent, and that amount will drop to 1.4 per cent in 2021.

While some tenant advocates fear that there will be a barrage of evictions, the association representing landlords in the province is encouraging them to work with tenants to repay rent within a reasonable time frame. The B.C. government requires landlords to offer tenants a repayment plan for missed rent payments due between March 18 and August 17 this year. The repayment of overdue rent is to be paid in installments by July, 2021, but if tenants fail to make payments the landlord can serve them with an eviction notice.

“I think the rent repayment framework is a smart move, it is balanced,” says David Hutniak, chief executive officer of LandlordBC. “Not all renters are happy with it, and not all landlords are happy with it. But these are challenging times, and we are encouraging [landlords] to try to consider longer amortization of the repayment. Find ways to be accommodating, because definitely the vacancy rates are increasing. We don’t know when foreign students are going to come back en masse, or immigration will open again – those are the two renter populations that heavily impact our sector. So you’ve got to be smart, and you also have to accept certain realities here.

“This is no time for our sector to behave inappropriately. You’ve got to be responsible. That’s why I do not envision a big wave of evictions. I can’t see that happening.”

The association is conducting a survey among its 3,300 members on rent collection, repayment of owed rent and number of vacancies that it will release later this month.

LandlordBC represents managers of purpose built rentals, non-market housing groups, and owners of secondary suites and investment properties. Mr. Hutniak says that smaller landlords that have gone without rent payments for the past few months are struggling in particular. Many homeowners with secondary suites, or “mortgage helpers,” are facing financial difficulty owing to loss of rental income. And larger landlords are also busy with the administrative work of setting up repayment plans, Mr. Hutniak said. He expects that many tenants would have received rent increases for Dec. 1, considering the rent-increase freeze for the past few months, as well as the drop in the maximum increase allowed for next year.

“It’s hard to get good data and right now owners and managers of rental housing are overwhelmed trying to manage their rental businesses, including implementing the rent repayment framework,” Mr. Hutniak says.

“No sector has been unscathed, and ours, if you look at it broadly, there has definitely been an impact, and the impacts will continue. We still don’t even know the full extent of them. Everybody has had to tighten their belts, and they are postponing and reconsidering major capital expenditures. There is a lot going on behind the scenes, and if you are in this business for the long term, you need to be smart right now. And by the same token, there is recognition that we need to be sensitive to renters and try to work with them.

“It’s a fascinating time – and one I would never want to live through again.”

He says that his sector has been helped by the province’s decision to keep much of the economy open, combined with the federal government supplement programs, which he believes will result in a decent overall recovery. Mr. Hutniak also believes that it will take a couple of years before normalcy returns, so it’s a long road ahead.

The good news for renters is that the Vancouver vacancy rate has gone up and the year-over-year median rent price has gone down, with rental site Padmapper showing a 6.4-per-cent drop for a one-bedroom unit and 9.4-per-cent drop for a two-bedroom, as of August. That’s helpful for tenants because they have more options, even if the prices are still relatively high at $2,060 for a one-bedroom unit and $2,800 for a two bedroom.

“Yes, there has been an uptick in vacancies and rents have softened and that will mean more options and lower rent for renters,” Mr. Hutniak says. “This is not to suggest that some renters will not struggle. Some renters were struggling pre-COVID because we don’t have enough rental supply.”

Sarah Lindsay is feeling the pain of that lack of supply. The antiques dealer received an eviction notice from the house she’s rented for 17 years because the developer-owner has plans to redevelop the property, which is included among a large corner assembly. The properties include a sushi restaurant, rental apartments and a bottle depot, at the corner of E. Broadway and Carolina Street. Developer PortLiving has several other properties and developments in the Mount Pleasant area, along Broadway and Main Street. Its luxury downtown tower Terrace House, which had been under construction, is under creditor protection, obtained by PortLiving subsidiaries Port Capital and Evergreen House Development.

Ms. Lindsay says she must be out by the end of September. She and a senior who lives in an apartment above the restaurant next door are the only tenants who remain. Ms. Lindsay has lived at the house for 17 years and her neighbour for 24 years. The owner of the bottle depot is also still there, hoping he can remain until he moves into a new space nearby. She has spent months searching for a home on Vancouver Island, where she is from, but vacancy rates are lower there than Vancouver, and rents have gone up.

There’s a lot of competition, and the market is tight. She is preparing for homelessness, and writing letters to the city and the premier’s office, appealing for help.

“It is getting scary,” she says. “I bought a blow-up mattress that fit in my van and took out my seats so I could live in it with my 19-year-old cat. Everyone is struggling.”

Added to her problem is that potential landlords have been unable to reach the developer for a reference. Calls to the developer were unanswered, and there was no option to leave messages. E-mails to the general mailbox were also not answered. E-mails to the leasing manager and director of sales bounced back as “currently inactive.”

Vince Tao, of the Vancouver Tenants Union, said Ms. Lindsay’s case reflects the uncertainty caused by the pandemic, and how the eviction issue is not only about non-payment of rent. Mr. Tao is acting on the behalf of the remaining tenants, and he said the developer has so far not responded to their requests for an extension on the eviction deadlines.

“There seems to be a legal loophole here, because it’s not a new eviction. It’s an old one, put on pause. So unfortunately because of that, they have been able to speed up these evictions, and completely thrown off the timelines of our tenants. I think their strategy is to wait us out, till September 30th and then call the bailiff.”

The Tenants Union has launched an online form for tenants to report evictions, in an attempt to offer support and also help connect tenants who might be facing eviction from the same property management companies.

Mr. Tao says that with the scaling back of relief programs, and continued unemployment, he expects a “catastrophe” for vulnerable tenants.

He says the repayment plan is not going to be enough for tenants who’ve suffered job losses. The Tenants Union has been pushing for rent amnesty for tenants who owe back-rent, as well as financial support for smaller landlords.

“We have been pushing for and asking for rent relief and rent cancellation. Yes, they have 10 months [to repay overdue rent], but if they were already struggling to pay $2,000 in rent, how are they going to add another $200 on top of that?

“As temporary supplements dry up, things are going to get way worse. We are at the tipping point. This is when things really start to fall apart, because all of these different relief packages need to be extended, otherwise we are going to see a sizable collapse.”

Mr. Hutniak says the crisis could have been much worse without government supports. Since the pandemic started, the vast majority of tenants have been able to pay all or most of their rent. Of the 1.5 million renters in B.C., only an estimated 80,000 applied for the temporary rent supplement program.

“I’m not discounting the challenges these folks experienced and I recognize that some may continue to experience challenges,” Mr. Hutniak says. “That’s why we need a vibrant and growing rental housing sector.”

As part of that growth, he says people shouldn’t immediately discount the institutional investor who’s recently arrived to the Vancouver market, in the form of pension funds and real estate investment trusts looking to purchase and sometimes develop lucrative rental properties. Some housing advocates have worried that large investors who report to their stakeholders will focus more on the bottom line than tenant rights.

“You need deeper pockets to get into this industry and it requires a critical mass to do it successfully. They play the long game here, and they have the financial wherewithal to do it. From that perspective, it’s a positive. It definitely changes the community dynamic, but these guys aren’t dumb – they know they need to engage with the community. And we need their money.” 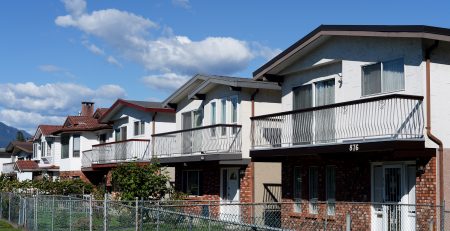